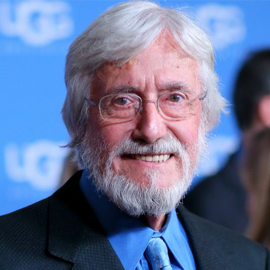 For more than 40 years Jean-Michel Cousteau – explorer, environmentalist, educator and film producer – has devoted his life to sharing people of all nations his passion and concern for our water planet. The eldest son of Jacques-Yves Cousteau, he was introduced at a very young age to diving, oceanography, environmental protection and media communications. On the Calypso expeditions he was responsible for logistics; he was Vice-President of the Cousteau Society for 20 years. In 1999, he founded the Ocean Futures Society, a marine conservation and education association, which organizes educational programs, carries out research and seeks to establish an ethical environmental conservation policy. An ardent campaigner, he is also the current President of Green Cross France et Territoires, and Co-President of the World Ocean Network.

“SeaOrbiter is the first of its kind new generation vessel that gives people a new perspective on the undersea world. Its original design and observation capabilities will give each one of us a chance to dive in mid ocean with an intimacy and for periods never before achieved. From this new adventure, SeaOrbiter will be able to present compelling evidence for its scientific arguments and communicate more persuasively in its vast educational project to raise awareness and promote the vital task of marine conservation. Never since the great Cousteau adventure, has there been such unique opportunity to reveal and draw people’s attention to the fragility and indeed the richness of this environment, in which there is still so much to be discovered.” 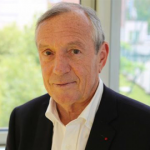 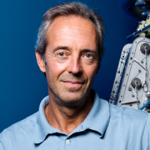